Pre-orders of the album are now available exclusively via the Napalm Records Webstore in North America HERE and Europe HERE.  Also check out a snippet of the new song “Flesh” HERE.

HUNTRESS vocalist Jill Janus comments: “The evolution of HUNTRESS bleeds into Static our third and most prolific album. It is the heaviest and catchiest record we’ve written. The process of writing and recording was new and exciting, at times very difficult for all involved, having to record in between relentless touring. Never have I been so honest in my approach to songwriting; I reveal life-long personal obstacles that I previously feared weaving into my lyrics. I’m so pleased to reveal the cover art for Static by my treasured art warlock Vance Kelly. Hail Heavy Metal!”

HUNTRESS will be hitting the high seas this September as part of theMötorboat Cruise.  The band will appear alongside heavyweights Mötorhead, Slayer, and Anthrax just to name a few.  Expect high-energy sets fromHUNTRESS featuring favorites off the first two albums and new head bangers from Static.  The cruise takes place September 28th – October 2nd.  Additional tour dates in support of Static will be announced soon! 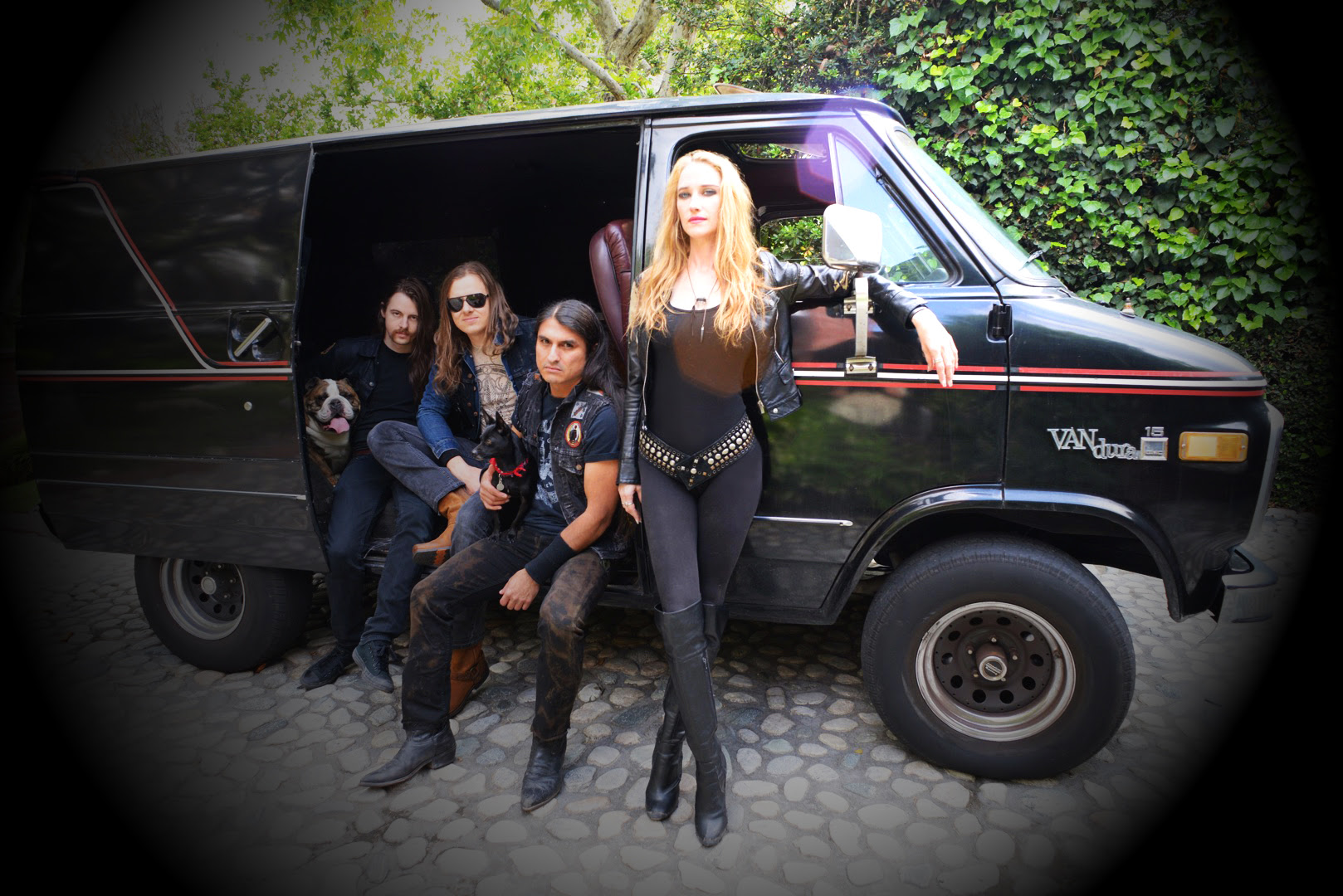 HUNTRESS was spawned from the preternatural union of Jill Janus with underground metal band Professor. The band thrives on thundering drums, heavy riffs, spectral solos and catchy choruses that come from the band’s musical concoction of melodic songwriting, occult science and bong rips. HUNTRESS  delivers a modern sonic attack while staying true to the roots of heavy metal, with a penchant for thrash, death and black metal.